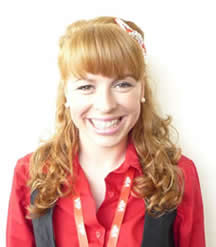 Alexandra originates from Grimsby and is a professionally trained dancer having undertaken a BA HONS Degree In Dance & Theatre Performance at the prestigious Doreen Bird College In London. After graduating in 2005, Alexandra took on the role of Edith in the classic musical. ‘The Pirates Of Penzance’ at the Shaw Theatre directed by the famous Jimmy Johnson & Philidda Crowley Smith. It was during this time Alexandra made her first television debut starring in the series ‘Totally Frank’ featured on channel four, before going on to dance for music artists Leo Sayer and The Body Rockers on ITV’s Saturday morning pop music show ‘CD:UK’. Following this, Alexandra joined a Disney Show which toured the island of Menorca.

On returning home, Alexandra played the role of Little Riding Hood in a touring pantomime before landing the role of dance captain on the Astor and Astoria cruise line. This was a fantastic experience, so much so that after finishing working onboard the ships, Alexandra decided to have a gap year travelling the world. After a very exciting year travelling Asia, Australia, China & New Zealand, Alexandra returned to her professional career where she played the lead role in numerous pantomimes and worked hard to gain her teaching qualifications. Alexandra was also the character ‘Zoe’ in the stage production of the famous television program ‘Sesame Street’ and has toured worldwide with this fantastic show.

Alexandra currently holds numerous teaching qualifications of a Level 4 & 5 teaching standard. Alexandra is a fully qualified cheerleader having trained with UKCA, a level 2 Exercise To Music Fitness Instructor & is also a LAMDA Speech & Drama tutor. Alexandra holds an Enhanced DBS Certificate, is first aid qualified, epi-pen trained, has gained her safeguarding level 2, FGM & Prevent Awareness Qualifications, a Diploma in Anatomy & Physiology, has a children’s Chaperone License & a Deaf training qualification. Alexandra is also a foster carer for Lincolnshire County Council and is very proud to be a voluntary ‘Buddy’ for children in care within the North East Lincolnshire area. Alexandra has attained numerous qualifications in therapeutic parenting & trauma training & and works hard to be a positive role model in all children’s lives.

‘The creation of Artiez has all been very exciting with so much to look forward to. I am very proud of all I have achieved so far and I am looking forward to the challenges that lie ahead’.

Laura has danced locally for many years undertaking a number of IDTA Dance Examinations & Awards. She has performed in a number of dance shows and was a member of the Grimsby & Cleethorpes Gang Show for many years. She has recently returned to the Gang Show to assist with the choreography which she has thoroughly enjoyed.

During her school years, Laura played in the Guide & Scout Marching Band and completed her Queens Scout Award & Gold Duke of Edinburgh Award. After achieving her A levels, Laura continued her studies gaining a BTEC National Diploma in Performing Arts. Laura worked in both special and mainstream schools while studying for her degree.

After graduating from Teesside University and gaining her Teaching Qualifications, Laura went onto & continues to work at a local Primary School as an Infant School Teacher and SEN Co-ordinator. Laura is a mother of three children. ‘Motherhood is possibly the most rewarding and inspiring job I have ever had! Everyday is exciting and unique’. Laura is conscientious and determined with a commitment to teaching and learning and has a real passion for dance. Laura has great communication skills & is extremely dedicated & hard working. She is a fully qualified Primary school teacher and SEN Co-ordinator at a local school in the area. She has also completed her IDTA Ballet Pre-Associate, DDMIX & Cheerleading instructor training. Laura holds a DBS, first aid certificate, is safeguarding trained and also holds a Children’s Chaperone License. Laura is a wonderful teacher and a valued member of the Artiez team.

Emily is a highly trained, professional and experienced singer, entertainer, dancer and actress. Her TV singing debut came on the BBC’s programme ‘Let Me Entertain You’, where she proudly gained her place in The Live Grand Final. A Scholarship place at a prestigious performing arts college soon followed, enabling Emily to develop her talents and pursue her love for entertaining. Here she completed a 3 year National Diploma in Musical Theatre and worked alongside many well-known professionals. Her final year included a tour of Germany with her fellow graduates.

As soon as Emily graduated she applied for X-Factor 2010, winning a place at Bootcamp, with a big YES! From Simon, Nicole and Louie, where she featured on ITV 2 ‘The Xtra Factor’, catching the eye of the professional vocal coach in the final 50. Immediately after Bootcamp, Emily successfully landed a ‘dream’ role as ‘lead production singer’, working for an American cruise line, installing new shows and performing professionally with live bands to thousands of guests throughout her time on the rolling seas!

From a young age, Emily has performed at a variety of different venues and events including; private functions, corporate events, Manchester United Old Trafford, Germany, The X-Factor Stage and Cruise ships, travelling to many places, performing both worldwide and throughout the UK. We are delighted to have Emily as part of the Artiez journey. 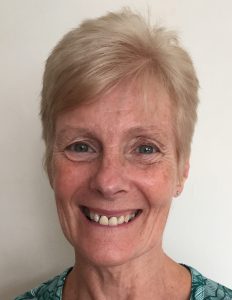 Lesley studied dance from the age of 3 to 17 years old at The Janice Sutton Theatre School in Skegness, taking exams in Ballet, Tap, Modern, Jazz, Stage and Acrobatic dance. Lesley took part in the Dance Festivals in Cleethorpes and Skegness and won the Cleethorpes heat of Miss Dance Of Great Britain.

From the age of 11 she performed every summer  singing and dancing at the Regency Theatre at the Derbyshire Miners Holiday Centre Skegness, working with various artists in productions and sketches.

It was during her last season here that she met her future husband Greg. They formed a Variety double act performing in Theatre’s and Cabaret venues here and abroad supporting famous names of the time. The duo won the BBC Rising Stars and performed in various TV and Radio shows here and abroad.

Lesley has choreographed summer shows in Ilfracombe, Scarborough and Bridlington as well as appearing in them.

Always being into fitness and dance, Lesley qualified as an exercise to music teacher in 1995 and taught Aerobics at the YMCA for many years. It was while she was working here that she was approached and led the warm ups for the Novartis, Humberston and the first Race For Life at Cleethorpes fun runs. She did the warm ups for 5 years!

Lesley has a level 2 qualification in Childcare and worked at The Wintergardens Playgroup and Ready Teddy Go Nursery while her children were young. Today Lesley teaches Zumba and other types of exercise at Cleethorpes, Grimsby and Immingham Leisure Centre’s. She teaches Zumba in schools to children as an after school club and also leads the Zumba at The Fit To Party event’s at Grimsby Auditorium. Lesley has three children and four grandchildren. We are delighted to have Lesley join the team. 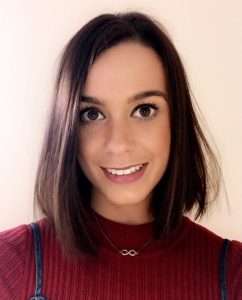 Amelia is from Grimsby, Lincolnshire and has recently graduated from the Leeds Beckett University with a BA Hons Degree in Dance. She has danced since the age of 3, studying many different styles including Ballet, Modern/Jazz, Freestyle, Lyrical and Contemporary. Qualifications within these include A-Level Dance, Advanced One Modern Jazz, Intermediate Ballet and a Freestyle Dance Associate.

‘I have been a part of many performances throughout my training. Dancing at Sadler’s Wells Theatre, London, 2015, has to be a highlight of my training’.

Besides dance, Amelia also has an interest in music and has achieved her Grade 3 in Music Theory, as well as Grade 5 Violin. She also performed at the Royal Albert Hall, London, as part of a string ensemble. Amelia is currently in the process of setting up her own Dance Company, in order to tour her final degree performance ‘The Maddy and Mimi Show’, co-directed and performed by herself and team. She hopes to be able to perform this at the Edinburgh Fringe Festival in August!

Amelia is a confident, outgoing and positive person and we are excited for her to join us working alongside the Artiez team. 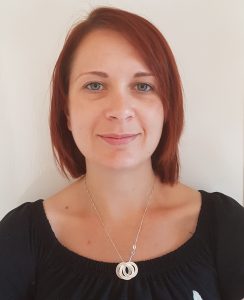 We would like to introduce you to Emma – our receptionist / administrator & Musical Melodies Instructor. After completing her A Levels, Emma began working in a bank where she stayed for 8 years before leaving to have her first child. Whilst on maternity leave Emma took voluntary redundancy to spend more time with her family. Since this time Emma has trained to be a Breastfeeding Peer Supporter, had a second child and completed the Association of Accounting Technicians (AAT) Level 2 course. Emma now supports a local breastfeeding group, volunteers on the maternity ward and is working towards the AAT Diploma in Accounting. Emma is also the secretary at a local primary school. Emma lives with her family in Cleethorpes and enjoys walks on the seafront, sewing, knitting, crochet and baking. Emma will be working closely with Brenda to answer all your enquiries & messages. We are delighted to have you as part of the team. 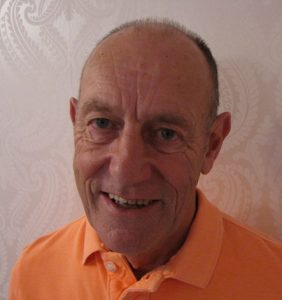 Sport, predominantly football and cricket, have played a significant role in Dave’s life right from primary school to the present day. He has played both sports throughout his schooldays and a large part of his adult life to a good standard. Football has always been a favourite and he has been fortunate to have played, managed and coached both at adult, intermediate and junior levels.

After finishing his playing career in football, he took and passed the referees qualification and then officiated in both adult and intermediate football.  Dave has also attained the FA Level 1 Certificate in Coaching Football as well as several other FA online courses. Dave has also run his own football school for the very young. ‘I am firmly of the opinion that coaching should be fun as well as educational’. We are delighted to have Mr Winslow on board the Artiez adventure!